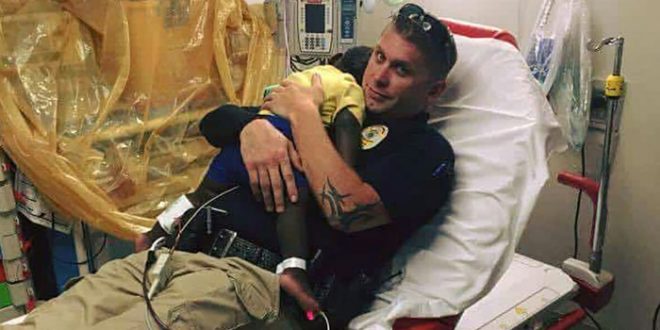 A toddler wandering a Georgia street alone last week screamed and sobbed while being examined in the hospital emergency room. That was until the sc-ared 16 month old boy found a security blanket one who was wearing a badge and bo-dy a-rmor. Officer James Hurst scooped the boy into his arms to comfort him and he quickly fell asleep, snoozing on the officer’s for nearly an hour.

The tender moment was caught in a photo that is drawing heaps of online praise. Hurst, a father of two who has been a po-liceman for less than a year, says he was simply doing what felt natural to him. “It had nothing to do with the badge,” Hurst told TODAY. “It had to do with being a human being.”

Hurst had responded to a call of an unsupervised boy on a high traffic, residential street in Savannah, Georgia, on the morning of May 9. The boy was taken by ambulance to Memorial University Medical Center and Hurst provided a po-lice escort. He was with the boy in the emergency room. When the boy, who was not identified, began crying during his medical evaluation, Hurst asked the hospital staff if he could pick him up off the bed to help calm him down.

“What ki-cked at me was really just humanity,” he said. “A sc-reaming child sitting there getting evaluated by the hospital staff, I felt bad for him. So it was my empathy for him and just trying to be there for him because he had nobody else.” Hurst rubbed his back and rocked him, treating the boy like a son of his own. “I was trying to soothe him like I did my two boys,” said Hurst, 34, whose sons are 7 and 9. The slumbering, 20 pound toddler began to feel heavy for Hurst, who was standing and wearing about 25 pounds of bo-dy ar-mor and other equipment.

“I lay down on the bed with him and and just continued to let him sleep right there because he was finally asleep and feeling comfortable,” Hurst said. Hurst spent about two hours with the toddler, who slept on him for 40 to 45 minutes, and is in good condition. Officer closed the case without filing any charges, a officer spokesman said. While the doctors and nurses told Hurst that the two of them together was the sweetest sight, and he has received many messages complimenting his actions,

Hurst says he’s no hero. “I didn’t run into a bu-rning building,” said Hurst, who became a po-liceman after serving in the U.S. Army as a Bl-ack Hawk crew chief. “I was just there for a child.” He praised the po-lice chief for creating a culture of community oriented policing. “We do this type of stuff every day,” Hurst said, though it is not often photographed. “It felt great I was able to be there for him,” Hurst said. “We have 605 officers that would do the same thing.”

Eleanor – GOD BLESS THIS AWESOME OFFICER FOR HIS COMPASSION UPON ONE SO LOST AND VULNERABLE. I PRAY THAT HE IS ADOPTED BY A LOVING FAMILY

Liz Rolfe – Oh! How wonderful of this great officer to find him safe and well, may God bless you and thank you for being so caring.

Lani – Thank God for the kind officer. I’m glad the child is OK. It’s so sad that the child was out in the streets alone!

Andrea – Thank you officer for your kindness and caring for this child. Blessings to you and your family!

Nina – Thank you officer may God bless you for your compassion of life.What a sweet baby I noticed had no shoes on cute little feet.

Linda – He is the best of humans. We seldom see such kindness, compassion in our ever changing society of late. We hope he has many rewards and a good life.

Jacky – Dear God!!! Thank you ever so much for this officer’s immediate response .

Praying for this child. 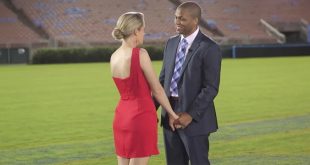 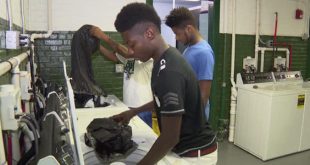 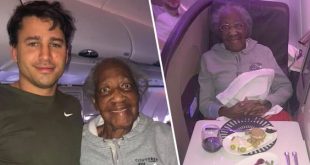