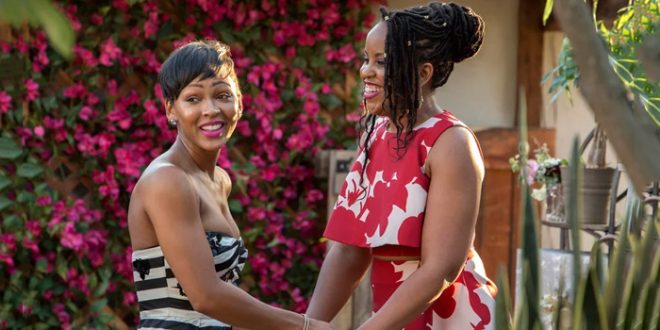 Be Open To Men Who Really See You, Plus Other Dating Gems From ‘Love By the 10th Date’ -Video

What happens after the 10th date? Is it love? Lifetime’s Love By The 10th Date explored the dating myth that by the time you have the 10th date with the same person you should be in a space to take your relationship to the exclusive commitment phase. This sassy, fun romantic comedy produced by star Meagan Good, followed the evolution of Gabby, played by Good, as she built her personal confidence and faith in opening herself up to finding love again.

Her co-workers decided that she should try her luck by going on 10 dates with one guy and write about her experience for the digital magazine she worked for, and many love lessons followed.

Here are some of the best takeaways from the movie:

Have a Friend Tribe for Support

Have a group of people who keep you accountable and encouraged while entering the dating world. Dating does not come easy for many of us and can be discouraging sometimes after you go on several dates with several Mr. Wrongs. There’s no better support than your squad.

Gabby had a strong tribe of co-workers who were not only entertained by her dating mishaps but cheered her from the sidelines as she maneuvered the dating field. Her tribe which consisted of her colleagues Nell (Kellee Stewart), Billie (Keri Hilson) and Margot (Kelly Rowland) kept her honest and accountable as she embarked on her quest to go on 10 dates with one man.

Gabby was having a hard time finding love and feeling confident in herself. She was so wrapped up in what was going wrong that she did not open herself up to possibly pursuing one of her friends as a love interest. Despite some of Gabby’s flaws and awkward moments throughout the movie, her colleague and creative director, Dante, seemed to love everything about her. However, she did not notice that he was feeling her. She missed all his subtle compliments and offers to drive her to and from work each day. Don’t let a bad day or a bad mood shut you off from receiving positive attention from men who see your true gems.

Be Your Own Experiment When it Comes to Love

Bet on yourself when it comes to love. Sometimes you have to step out of your comfort zone and open yourself up to new experiences when it comes love. Gabby went on a date with a preacher who likes to minister in the st-rip club, a chef dressed in superhero garb, and a man interested in discussing his n-de flicks during dinner. They were all dates that went horribly wrong, but the fact that she tried was a big step towards boosting her confidence and setting herself up for the right guy.

Bedda – Definitely watching this movie. But after watching the trailer….I kinda get the vibes that the Meagan Good character and the Brandon T. Jackson character gonna get together in the end…lol.

Angelique – i’m glad that I saw the movie, even though I was late in the viewing.

Jessica – Seeing these women in this movie had me like #YAAASS. They all looked so beautiful.

Zaraya – The red zone, the most dan-gerous This really needs to be a show. Like I am sOOooo needing more!

Mema – Brandon looked good in this movie. And I always love meagan in the movies, I like all the other girls in the movies too kelly and keri